A send-off for Castle, one of America's greatest TV shows (and detectives/fictional crime writers/hair cuts). Ever.

I may have mentioned on this blog once or twice (perhaps more!) my love for the ABC series Castle, and how if I could be any fictional TV character I would be him, etc ,etc.

Here he is, just to continue this point:

Today I’ve been feeling out of sorts, one of those days where you can’t concentrate on anything much – not even novel writing – and I’ve got a bit of nausea going on. It wasn’t until I sat looking forlornly out of the window that I realised my problem: I’m in mourning. I watched the very last episode ever, the season 8 finale, last night. Now my world has gone dark, how can I cope without the next season to look forward to?

The moment you realise your favourite show is cancelled...

Not that this season has been its best, its hay-day was in seasons 4 and 5 when the hunt was on for Beckett’s mother’s killer, but still, I can’t help but think there was mileage for a season 9 without Beckett (Stana Katic was fired and wouldn’t have gone on to a season 9). It lost the plot, literally, part way through 8 when I had forgotten what Locksat was (did we ever really know?). It was, somehow, connected to Senator Bracken and Beckett’s mother’s murder – I think?! It was never really elaborated on, there was no ‘reminder’ in the script and things plodded on for a while. Beckett and Castle had to pretend they weren’t together any longer (wtf?), which grated and didn’t really make a whole lot of sense. I get she was trying to protect him, but it stunted not only their relationship but the overarching series storyline. 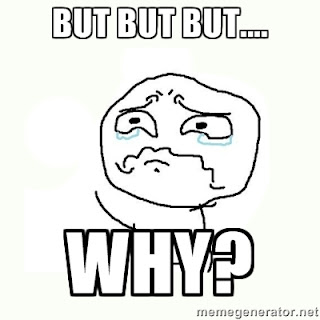 But it never lost its charm, the weekly deaths making for the usual pacey whodunnits, and Castle himself was fresh with charisma and one-liners right up to the end. I could have imagined a season 9, Rick with a new sidekick (NOT a love interest, perhaps Beckett had gone on a really flipping long assignment in Paris like Camile in Death in Paradise) and his great hair, envious writing career and private detective work could have continued. He could have his own spin-off, it could be called Castle…

I’m not one for fan fiction (apart from a stint 13 years ago), but in my head it plays out quite nicely. So I’m terribly sad to see Nathan Fillion leave our screens, despite having a great innings at 8 seasons, which most US shows can only dream of. So long and farewell, my TV hero, you will be missed! 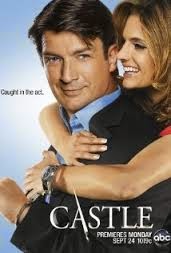 Which leads me to a bit of a rant to end the post….WHY ON EARTH CANCEL LIMITLESS?? A witty, well-made, often quirky show off the back of the rather crappy film of the same name with Bradley Cooper (who makes cameo appearances from time to time), Limitless was fresh with a charismatic lead which appeared to be doing well for CBS and was a second season shoo-in. It just shows that you can’t trust American networks and really you should wait until a programme gets a second season renewal before bothering with the first season! So I have been dealing with a double whammy of TV misery.

Bye, bye, Brian Finch and your collection of horrible jumpers

I am, however, chuffed that Sleepy Hollow has been renewed, but also rather surprised without a certain lead…still, perhaps Ichabod Crane will come across a crime writing novelist with an over-active imagination and a love for paranormal theory, and a cross-over will be born….

So to end on a high note, here's a picture of Ichabod, aka Tom Mison. See you again soon, me English muffin! 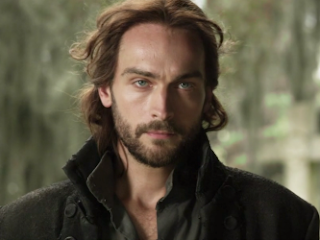