NB: SPOILER ALERT FOR GoT NEWBIES!

I am more than a little bit late to the Westeros 'party'. I've resisted for years, both the books and the show, but with Parliament dissolved while something called a general election campaign goes on (and on, and on) I thought I'd give in after a few episodes I could finally say to my GoT-enthusiast husband 'see, told you it wasn't my thing'.

And it isn't my sort of thing at all. I'm now as far as season 3 episode 4, thanks to Sky box sets, and I'm sticking with it in order to prove such a point. I'm watching it quickly on purpose. The body and boob count is piling up, Dany's dragons are growing, Tyrion's coolness knows no bounds, Jaime gets captured repeatedly and the Stark family variety of accents are still all over the place, rather like their bodies. Theon does pathetic wonderfully after stupidly taking over 'Winterhell' (Hot Pie), Sansa does it through increasingly sulky pouts, while you root for Arya and Brann in every (frustrating) scene they're in.

Sexism and often sheer misogyny is, of course, one of the few things which unites all corners of the Seven Kingdoms, but all of the prejudice helps make the main women physically, mentally and - in some cases - politically stronger.  Brienne of Tarth. Margaery, who knows how to play the Game of Thrones better than most of the men. Feisty Shae, for whom I have a bit of a soft spot. The redhead one who isn't in the books but has her boobs out. A LOT. And is probably going to die soon. Here come the girls: GoT women shaking up Westeros

But GoT's not my thing, as I've said. I don't even have an allegiance. Well, not really. Can I justify supporting Stannis the Mannis just because a) Ned died supporting his arguably rightful claim to the Iron Throne against the Lannister's incest, b) he reminds me of a major character in my own books and c) I wouldn't kick him out of bed for eating crisps? Must be something to do with all the brooding, the staring into the middle distance and that lightly accented voice rather than the 'fire within him', which sounds more like an STD problem than anything which will crush his enemies. 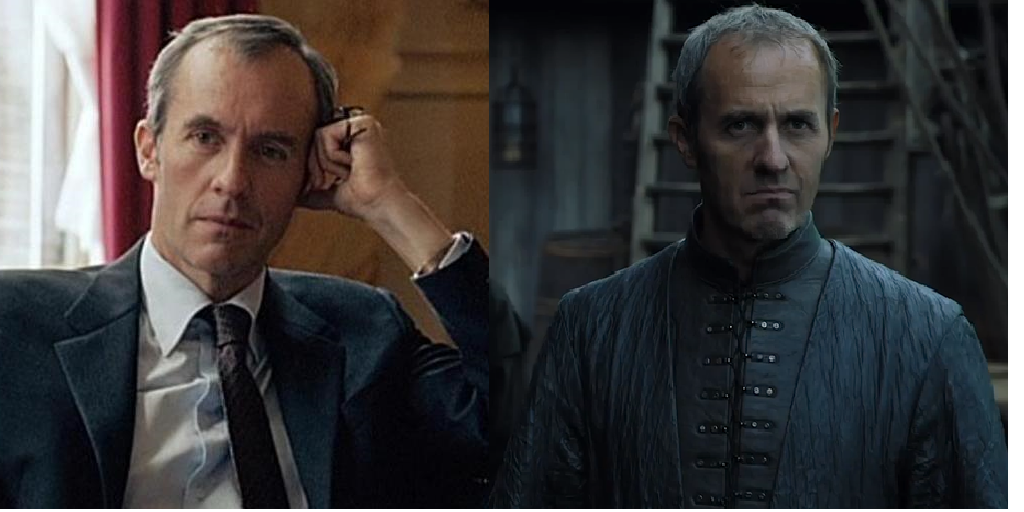 Colin or Stannis: Plotting to overthrow a political leader or a king?

Ok, despite Daenerys being the coolest character next to Tyrion (maybe they should defy all the political and historical reasons against them, get it together and rule for the sake of pure awsomeness), I should just 'come out' as a Baratheon. Maybe Rasputiny Melisandre is right, perhaps she is a goodie after all and burning effigies and people opposing her is the Right Thing To Do. But, ah Davos, the onion knight, the only Geordie in the Seven Kingdoms, loathes her and her weird fire magic and demon-birthing (well he certainly does in season 3).  Poor pretty boy Renly. Sort of. It's a toughie. But, then again, so is sexy Stannis, and I hear he is still hanging on in there with Jon Snow in season 5. But I am a long way off from that yet, I'm BRW (Before the Red Wedding), and it's been at least two episodes without a Significant Death...

So far, the only lucky sod who's had a happy ending is Hot Pie, the tubby baker's son who wouldn't have a wolf's chance at Casterly Rock faced with a knife to the throat (as the vast majority of characters end up with at one point or another). Somehow I feel he may be the first and last for at least another season or two, or three, or basically forever.

Hot Pie. The only one to achieve anything with his life in GoT so far.


Which brings me to the other unsung heroes who have either perished or possibly will: Hodor, a fan favourite with a cult following, Samwell Tarly, the best Character Without Ambition in the whole show, Yoren (remember him?), Syrio Farel, Jaqen H'ghar (are they the same person??), Maester Luwin (oh, why did he have to die?? Why not fussing, simpering Grand Maester Pycelle?), Ser Rodrik Cassel, with the bushiest sideburns on TV since Amos in Emmerdale, the list is endless. If Sam were king and Hodor his Hand, what a gentler - and possibly wiser - place the Seven Kingdoms would be. 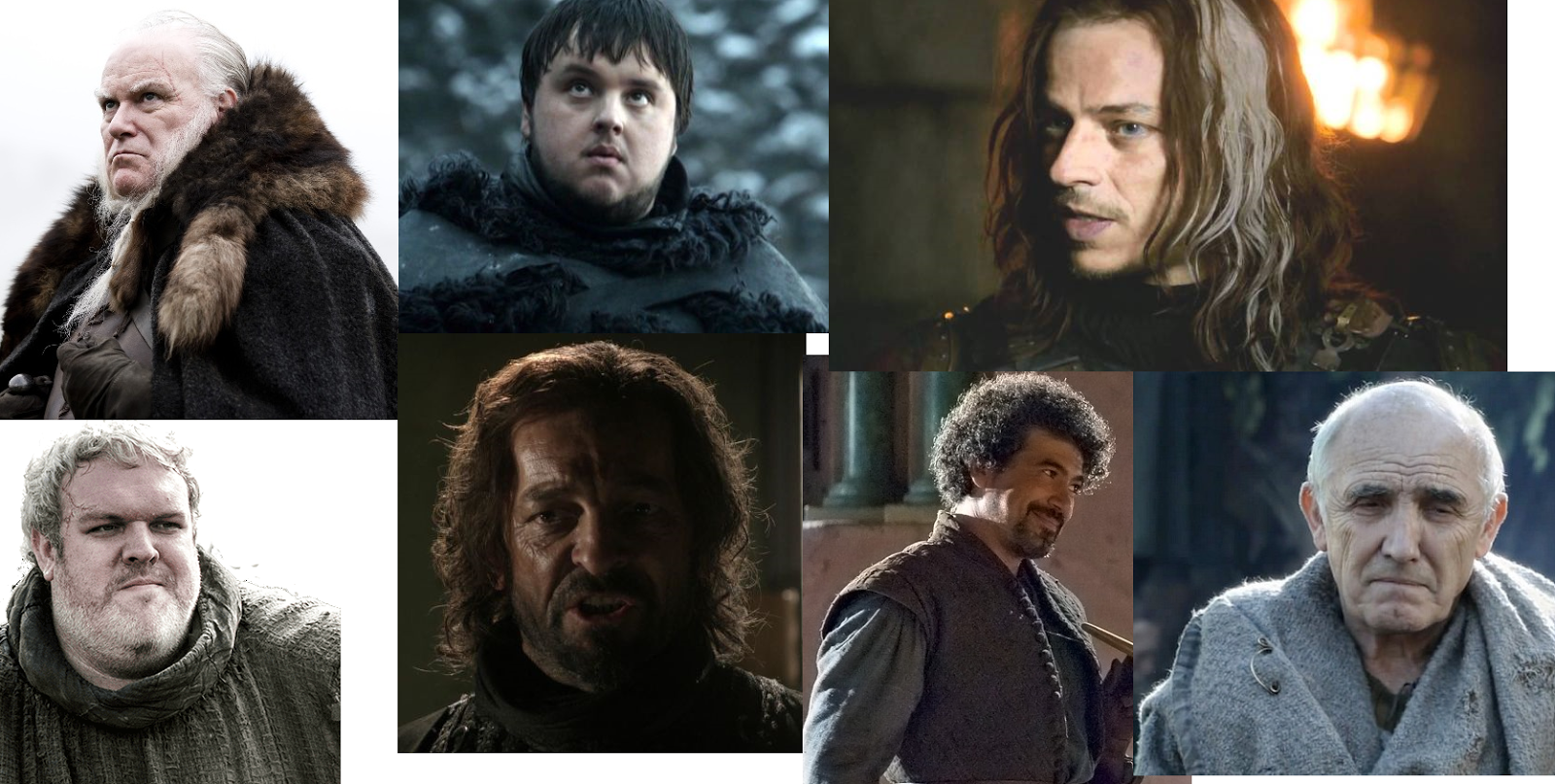 If you look past the naked women (assuming you want to!) and the bloodlust, the politics and depth of the world is astounding. But, of course, GoT is just not my sort of thing, so I'd better crack on with the rest of season 3 and beyond so I can continue proving my point. 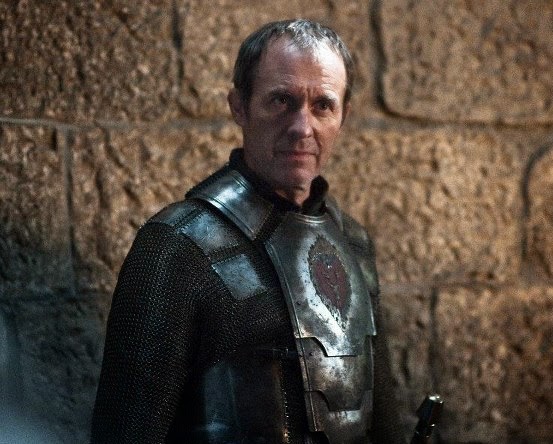 Another picture of Stannis. Because I can. And because he is the one true king. Apparently.