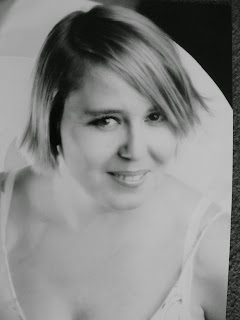 Thank you so much for popping down from Scotland to Hampshire for a cuppa, cake and a few questions, I'm sure the little one will be fine with Daddy! It's a bit chilly so while I stoke the fire and put the kettle on, let's get started.

Did you mention cake? 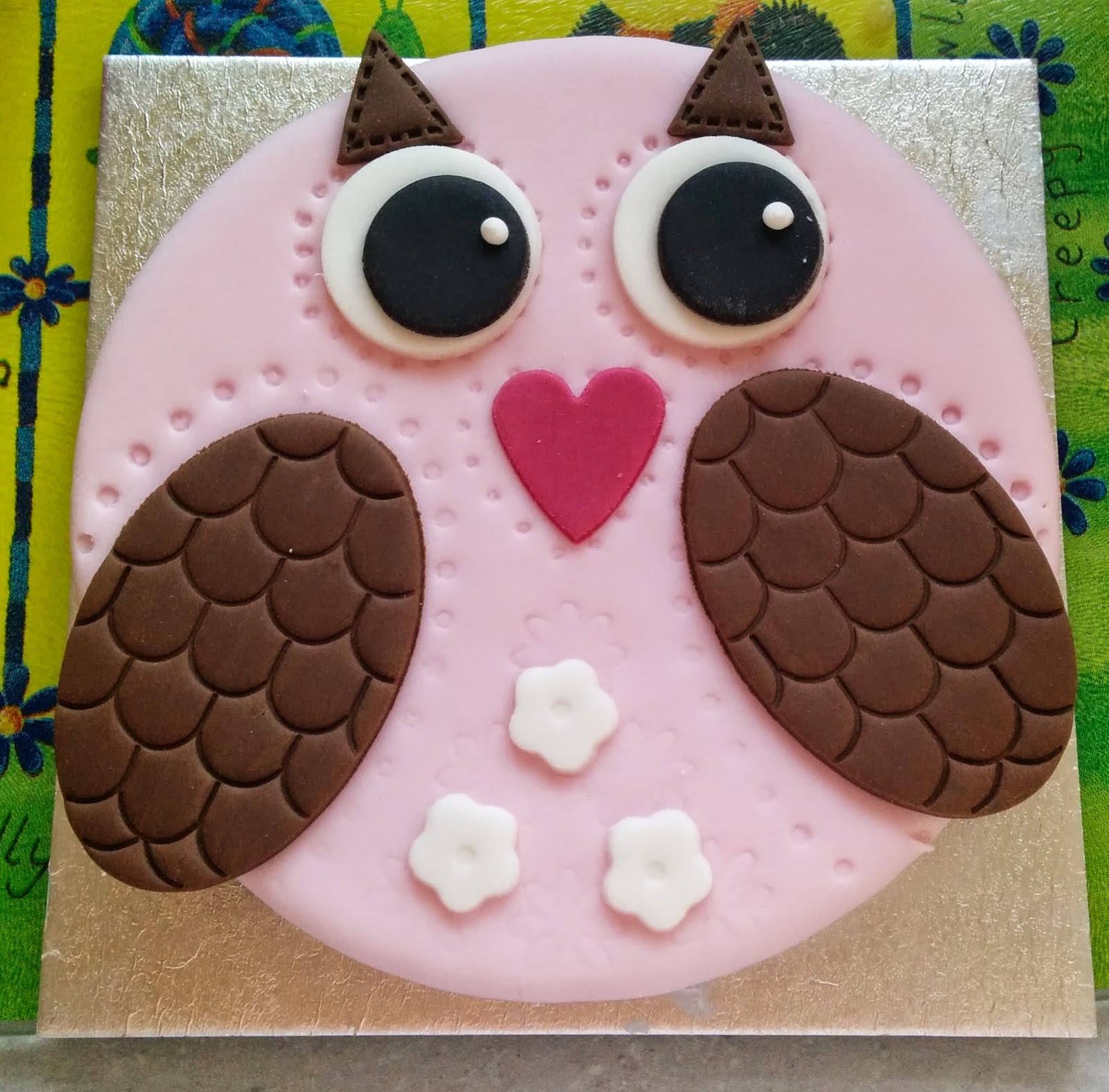 
Firstly, and most importantly, tea or coffee? Coffee, please.

And how d'you take it? One sugar and milk, please

Thanks, here you go. Help yourself to the first mince pie of the season! I love mince pies – I like to try them from as many different shops as possible, but it has to be said it’s hard to beat M&S! I actually saw a recipe for making them and thought, ‘oh that looks fun’, then I remembered I am time-restricted! 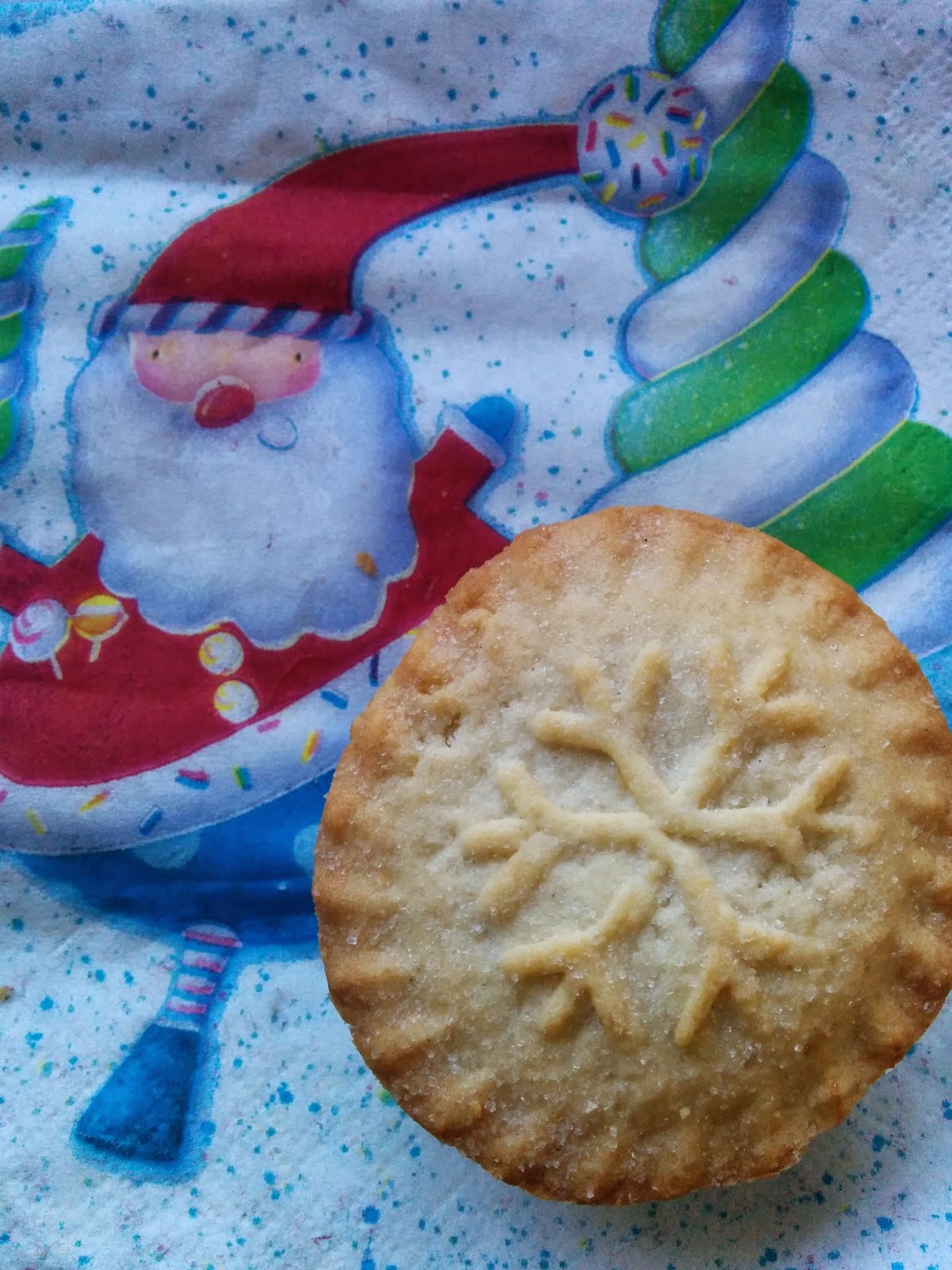 Yes, I agree! Am about to try one of these nice-looking Aldi ones (above)...


I know you've recently been interviewed by the excellent Tara Ford, in which Tara asks you about writing and proofreading, so first I'll expand a little on that if I may...

I'm well aware that you're quite the early bird! In a nutshell, what's your (early) morning routine like from the moment your alarm (or toddler!) goes off?

Well, all going well, i.e. not being awoken at 3.30 by Antonia, although fortunately most of her teeth are through now, I get up at 5.30. I then work until around 9, with the odd break for coffee   (I say break – I really mean the length of time it takes to boil the kettle and sort the cup out!) I also work two half days a week on top of that, plus I put in a full shift, as they say, at the weekend. So basically, mostly unsociable hours! 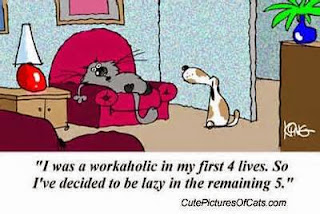 It's amazing you speak FIVE languages! What are they and where did you learn them all?

Gee ta! I learned some Spanish when my auntie was studying it at night school, when I was about ten. Then I went to high school and did French in first year and was annoyingly good at it, to my teacher’s frustration, as I was a total chatterbox and didn’t even have to concentrate to know the answer. Come third year, when I was about thirteen, I started learning Italian and Spanish simultaneously. It will come as no surprise that I did languages at university and I added Portuguese to my bow then.  Finally, I worked for more than fifteen years using my languages every day in business, as I worked in European and international sales. I kinda love languages! I’ve toyed with a few more, including Russian, German and Japanese, but I can only pick out a few words now. 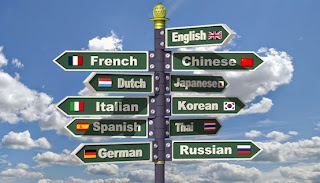 Wow! Puts my C in French GCSE to shame! I should've stuck with German...

Your Perfect Prose business must be varied and interesting. What's been the most unusual thing you've been commissioned to do?

I love it! I can honestly say it’s my favourite job and I’ve had quite a few good jobs over the years – lots of international travel in sales. The diversity of the manuscripts I work on keeps me on my toes and I prefer to work on two or three different scripts at a time, and I’m kind of doing half editing, half proofreading, which is a nice balance. I love the fact I am ‘reading’ books I wouldn’t normally have picked up, and to be honest I’ve really enjoyed most of them, and even recommended a few. The most unusual I suppose would be a toss-up between editing a collection of short stories in Glaswegian (yes, really!) - even being Glaswegian, it’s not as easy as it looks, and a kids’ fantasy story translated from Slovenian – even though I don’t speak Slovenian, my language skills really helped there, as I knew what the author and translator were trying to say, but often it didn’t quite sound like the English a native speaker would use. 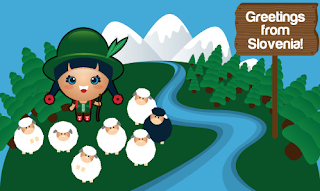 Now, if I may, it's nearly time to turn a little festive.... 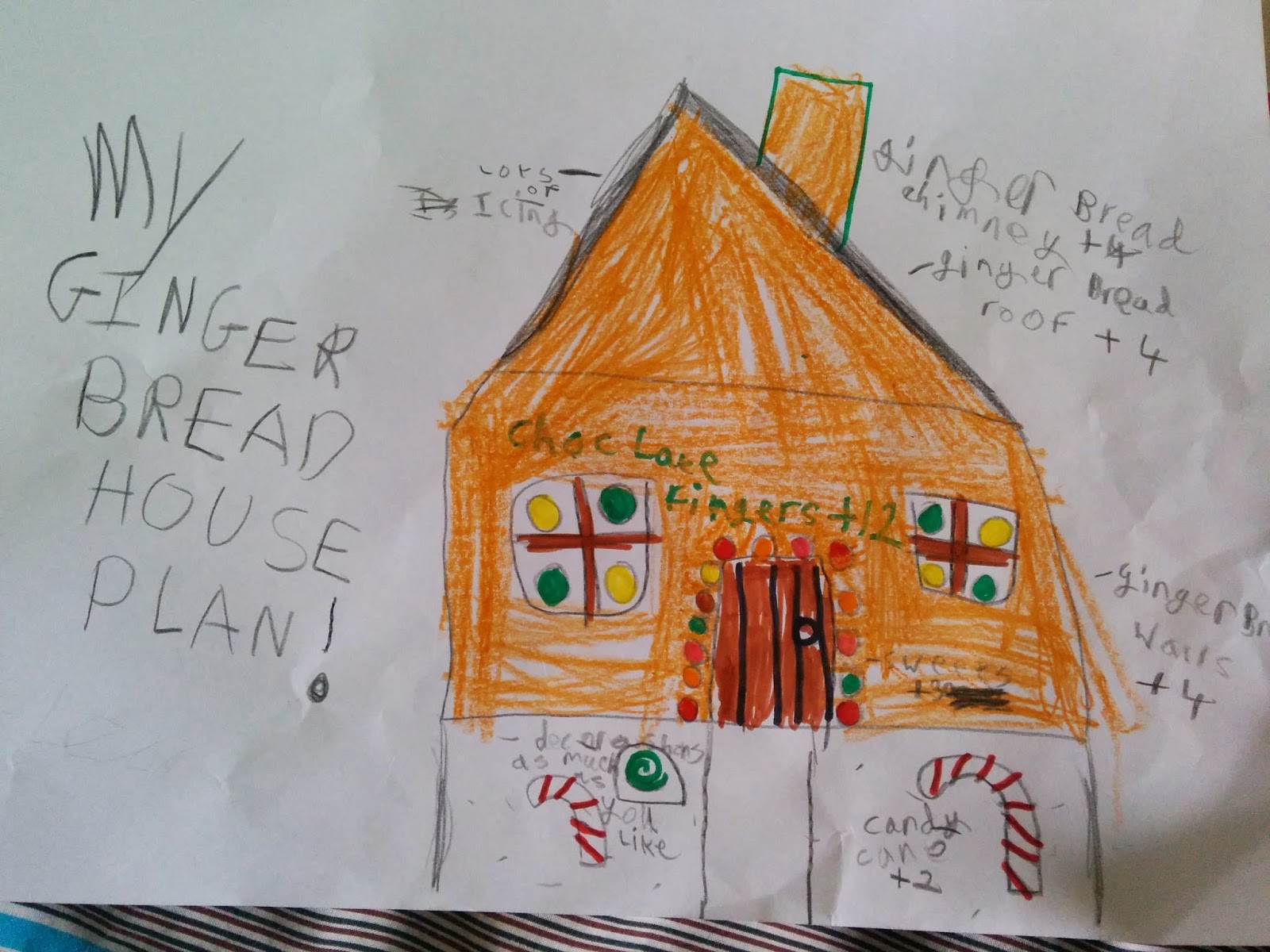 Christmas is around the corner and we could all do with a little 'Christmas Spirit' (ho,ho!) this time of year. What's coming up for you in terms of seasonal promotion for The Christmas Spirit? 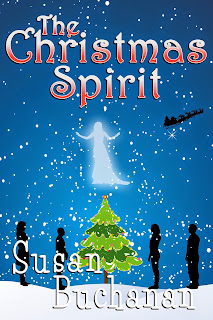 Well, I had actually hoped to release the follow-up to The Christmas Spirit this year, but time constraints made that impossible. All I can say is watch this space next year!

So, in the meantime, and due to my lack of free time, I enlisted the help of the extremely capable Brooks Cottage Books to organise my book tour for me (17th-29th Nov). It will be a mix of reviews by various bloggers, interviews and articles. I’m quite looking forward to it, as up until now yours truly has always arranged all her own marketing. But twenty-four hours in a day only goes so far…

Christmas is coming, but not everyone is looking forward to it.
Rebecca has just been dumped and the prospect of spending the holiday period with her parents is less than appealing.
Eighty- two year old Stanley lost his beloved wife, Edie, to cancer. How will he cope with his first Christmas without her?
Jacob’s university degree hasn’t helped him get a job, and it looks like he’ll still be signing on come New Year.
Workaholic Meredith would rather spend December 25th at home alone with a ready meal and a DVD box set. Can anything make her embrace the spirit of the season?
The enigmatic Natalie Hope takes over the reins at the Sugar and Spice bakery and café in an attempt to spread some festive cheer and restore Christmas spirit, but will she succeed?

Thanks Sooz - I've already started it!

We all know Christmas is a pretty pricey time of year. Do you think as a nation we spend too much on the material side of festivities and don't put enough value on simply spending time as families?

I definitely think we have a culture of ‘I must spend at least £X minimum on each person’ which I think is wrong, especially when so many people get into debt at this time of year. We didn’t go overboard last year with Antonia’s first Christmas, as we knew everyone else would (and they did!). This year, she is only getting a few toys, as quite frankly she gets so much during the year that I’d need to buy a bigger house! I also don’t think you necessarily have to pay top dollar to get really nice Christmas food. That said, that doesn’t mean I will be buying EVERYTHING from Aldi! I also think it depends on the person. Some people are just happy to spend time away from work and have time with their family, whilst others, including some adults, want every must-have gadget. I think people should spend what they can afford and buy what they think their friends/family want. It gets more difficult to buy for people too, as they get older. So much tat gets bought at Christmas and never used. Gifts for him and gifts for her sections in department stores are those I try to shy away from, as they usually wheel out seasonal stuff no-one in their right mind would think of buying at any other time of year! 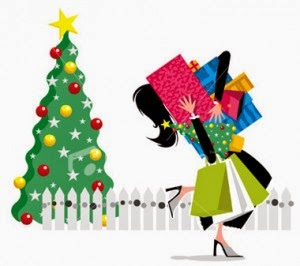 Having said all that, what do you hope Father Christmas will bring you this year?

Well, my birthday is on 16th December, so if I don’t get the Kindle Paperwhite I’ve said I want for that, I definitely want it for Christmas. Apart from that I want a DVD box set of Silent Witness – but I only just discovered there have been seventeen series! 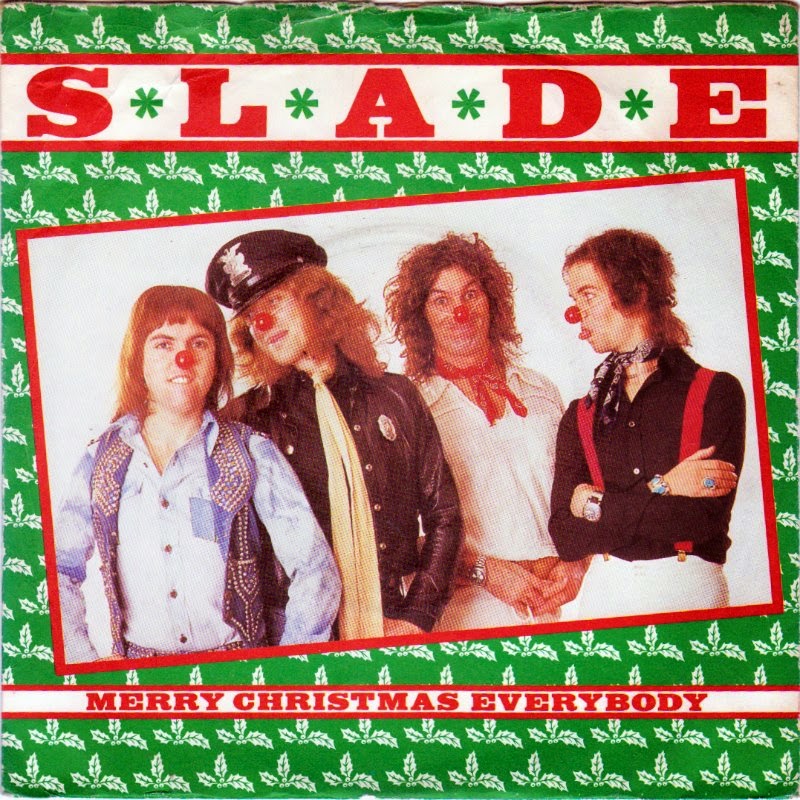 Oh it really depends on the mood I am in. I love both. When I did The Christmas Spirit launch last year, I had a Facebook party for at least twelve hours with a mixture of both. It was fantastic!

Best thing about being a mum

This was a really hard one, but I guess just seeing how she develops every day, how different she is and how she deals with learning new things - she is so interesting and so interested and extremely enthusiastic! (Wonder where she gets that from…)

Best thing about being self-employed

Being able to set my own hours, particularly in light of the wee one. That said, not having to commute comes a close second!

Favourite Happyland character and (briefly) why?

Well, since to my knowledge, they haven’t created a Happyland character who looks like Rupert Penry-Jones yet, I think I can safely say I don’t have a favourite. Antonia was given about fifty of them by a friend’s daughter, so we didn’t get the sets one at a time, for me to get really interested in them, although I certainly play with them enough.  I think my favourite would be one which put itself back in the toy box at night – trying to find and tidy away 50+ of these blighters is very time-consuming!

Sorry Sooz, I think the Wills character will have to do! You could pretend he's RP-J, although quite what you'd do with a mini figure of him I don't wish to think!


Favourite dessert (you can say more than one if it's too difficult!)

Favourite movie (not a kids one - say Frozen and I'll send my daughter all the way to Glasgow to sing it at you!)

Dirty Dancing, although I feel I may have to think of one soon that’s not thirty years old. Does Monsters Inc. count? Ha ha re Frozen. Two months ago, I would have been like ‘what?’, but now I hear ya! I’ve seen it at least thirty times!  I even looked up who sang the theme tune, as I couldn’t stop singing it!!

No question – Christmas! I love it – can’t wait for December, so I can start watching a Christmas movie every day and not feel guilty about it. I’ve just finished reading my first Christmas book, which I started in October! 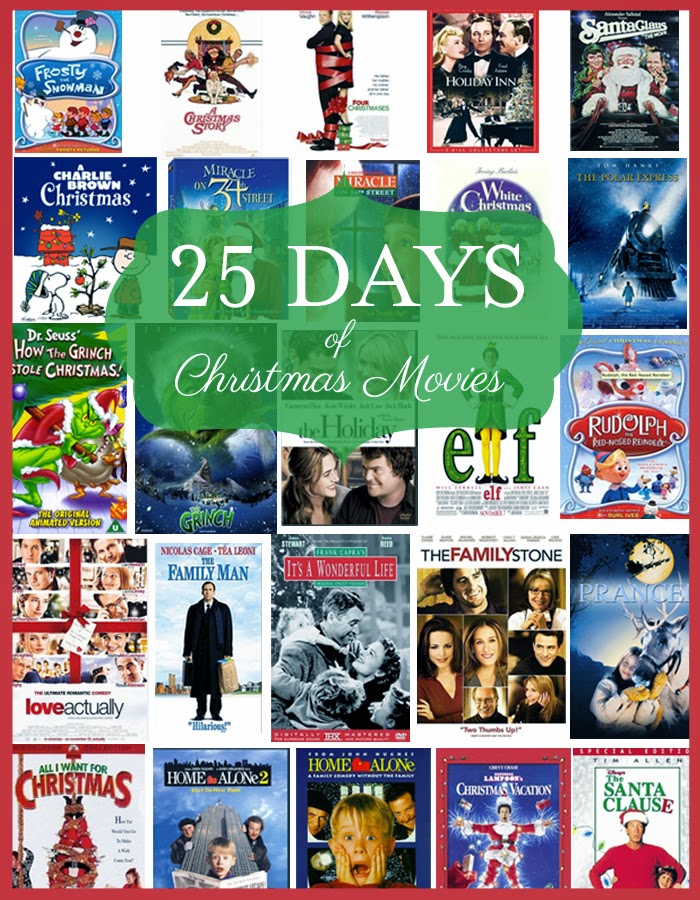 Thanks so much for joining me! Take another mince pie for the road, you've got quite a journey ahead of you and it's getting dark! Oh, and if you need to go to the loo before you go, it's up the stairs, turn left then straight ahead. And blame my son if the seat's up!

Do you mind if I take two? It’s about five hundred, possibly six hundred miles to Glasgow! 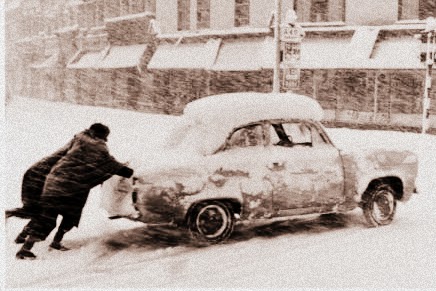 Watch yourself out there, the snow's coming down pretty hard now! Hang on, I'll come and give you a push...