Treachery is a hanging offence...

I am soooo very excited about my new novel!  You can buy my first book, Party Games, here for a mere 99p (and there's not a lot you can get for 99p these days unless you shop in Aldi!) 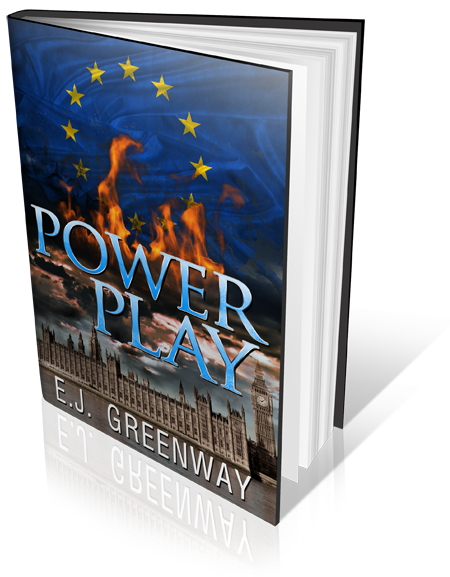 Power Play is the sequel to Party Games, my political drama set at Westminster, but it can be read stand-alone. Now, before you click the little 'x' in the top right corner, or fall asleep, I promise you the politics is incidental - my novels are about people; slightly eccentric people, granted, but people existing in a high-pressure environment along with their jealousies, grudges, love, friendships and ambitions. I always say that you don't watch Mad Men because you want to learn about advertising, it's for the human interaction, but in this case there is probably a bit more megalomania and perhaps even the odd murder...

Now I've obviously got you hooked, let me tell you a bit about the characters. They're not all stuffy politicians - far from it!

Power Play continues the theme of corrupting power and infighting at the heart of Party Games. As leader Rodney Richmond lies in a coma, his malevolent and ambitious deputy Colin Scott vows to force unquestioning loyalty to himself on a party which is at breaking point. Dubbed 'the Fuhrer' by Labour MPs, his core supporters - including a morally conflicted colleague and an obsessed, ruthless advisor - will do anything to get their man - and themselves - to the top. But there is a threat from within, one so determined they will resort to murder before they see Scott fail, and soon civil war erupts among Scott’s most senior lieutenants. While the true leader of the so-called 'resistance' remains unconscious, their female rising star emerges to challenge Scott's seemingly unbreakable and brutal authority.

RODNEY RICHMOND MP
The poor guy is my hero of the trilogy, but Power Play sees him (spoiler alert!) stuck in a coma after the dramatic events in Party Games. The party leader set to be outsted by his mortal enemy while he is unable to defend himself, Richmond's life remains on a knife-edge while his party looks set to abandon him to the despotic leadership of acting leader Colin Scott. Will he wake up before Scott destroys him?

COLIN SCOTT MP
Brutal, shrewd, dangerous and desperate to steal the reigns from Richmond's lifeless hands, Scott is so close to power he can almost taste it. As his closest ally, Matthew Gaines, observes: '[Scott] needed more; he always did'. A leadership battle with Richmond's best friend and chairman Jeremy Cheeser is brewing, one Scott knows he can easily win. He does a dirty deal with UKIP, 'annexing' their membership while promising UK withdrawal from the EU without a referendum. As the story progresses, parallels between Scott and his lieutenants and key players in the Third Reich are apparent as he begins to destroy everything he touches.

The Führer is crowned...


MATTHEW GAINES MP
Gaines comes into his own in Power Play having been a minor character in Party Games. He becomes Scott's most trusted cheerleader and advisor, parachuted from obscurity to the side of the acting leader. Gaines's rise catches him by surprise but he soon achieves the nickname of Goebbels among Labour MPs and he revels in his notoriety as Scott's media man. Despite his success, he knows his career rests on Colin's ability to win the leadership election. Cracks in his marriage to Sasha begin to show and his eye begins to stray. Torn between his family and his alliance with Scott, Gaines faces choices professionally and privately with dire consequences.

MARCUS CHEESER MP
Sexy, smart, incredibly attractive and highly ambitious, 38 year old architect Marcus is the new boy in the Westminster village. The MP for Penrith since the by-election (the local Tory ran off with a Labour MP), Marcus is instantly Scott's young apprentice and anointed successor. The brother of Richmond loyalist and family man Jeremy, Marcus is everything his brother isn't: cunning, hot-headed and terrified of romantic commitment. He is a ladies' man, and it's not long before he sets his sights on a colleague's wife, while his career as one of Scott's senior acolytes is cemented. (I don't make any particular reference to Albert Speer, Hitler's senior architect, but the comparison is there.)
Other key Scott supporters include Scott's premier enforcer, the brash David Fryer (Goering), and the terrifying chief whip Patricia Joseph (Himmler).

The Moderates (later 'the resistance'):

ANTHEA CULVERHOUSE MP
The unrequited love of Richmond and a hard-nosed political operator, Culverhouse is desperate for Richmond to wake up before it's too late. She is savvy and knows Scott's plan for dominance, but is she able to stop him? Culverhouse becomes the darling of the moderates in the party as she and her colleagues ready themselves for battle against Scott's growing army, while her relationship with fiancé and chair of the Public Accounts Committee Tristan Rivers is haunted by Richmond.

JEREMY CHEESER MP
Left devastated by the incapacitation of his best friend, Jeremy knows the only way to honour him is to stand against Scott for the leadership. He doesn't want to be leader but Richmond had told him, the day before he was shot, that he wanted him to succeed him. Jeremy enters the leadership election with a heavy heart, but his shrewd wife Linda makes a revelation about Scott which tests Jeremy's conscience and his faith. Worried about Scott's influence on his brother, Jeremy sees his relationship with Marcus disintegrate and his political future hang in the balance as the leadership result is announced...

SASHA GAINES
Sasha is Matthew's wife, but don't expect a mousy politician's wife-type. She is strong-willed, beautiful and against Matthew's alliance with Scott and everything he stands for. At 56 she longs for the career she never had and feels estranged from Matthew as Scott inadvertently takes over their marriage. It doesn't stop her noticing a certain new MP, 18 years her junior and Scott's prize catch, and soon he provides her with new temptations and a life away from Matthew.

HANNAH OYELOWO
Working in the bar at Westminster, 35 year old Hannah is an upcoming actress with her sights set on success. But she harbours a secret - and an ability to attract the attention of a senior MP with everything to lose. As they embark on a passionate affair Hannah begins to fall in love, but soon her life begins to sprial out of control.

I hope this has whetted your appetite!

I will post the link as soon as it's live and THANK YOU in advance, I do hope you download and enjoy!