I have a guest on my blog today - not a writer (although I suspect there will be a story to be told after 8th September!), but my friend and former colleague Will Wearmouth. He gave up the fags and got on his bike to train for the biggest physical challenge of his life, cycling from London to Paris on 4th September to raise funds for the British Legion, so I invited him to tell his moving and inspirational story. If you'd like to sponsor him, the link is at the bottom.

So, over to Will!

"Three weeks from now I will be somewhere in northern France with a sore bottom as the 300 cyclists who make up the Royal British Legion peloton makes their way from London to Paris. Previous charity efforts have seen me climb four mountains in two days and drive from London to Split via the Alps dressed as Maid Marion in a 1989 Volvo Estate. But the 280 miles I’m about to ride is without doubt the most physically demanding thing I have taken on. My training rides since January now mean that I’m familiar with every tree, twig and squirrel in Richmond Park. 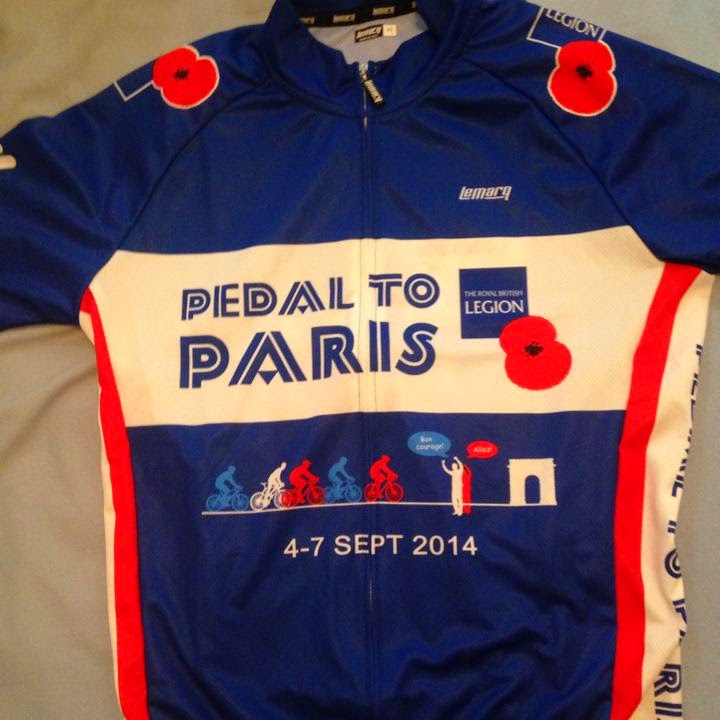 I want to tell you a little bit about why I’m doing this ride and why I am so thrilled that people have responded so generously. The Legion does such important work and I have been pleased to collect for it every year since 1999 when the chaplain at school asked me to run that year’s Poppy Appeal. Those two years at Barney might have been the end of it, but as a politics student at university I had plenty of time on my hands and got involved with Legion’s Headingley branch. It was led by the now 90 year old ex-WAAF sergeant Margaret Knighton, the most remarkable woman I have ever met. She soon became my friend and my hero. 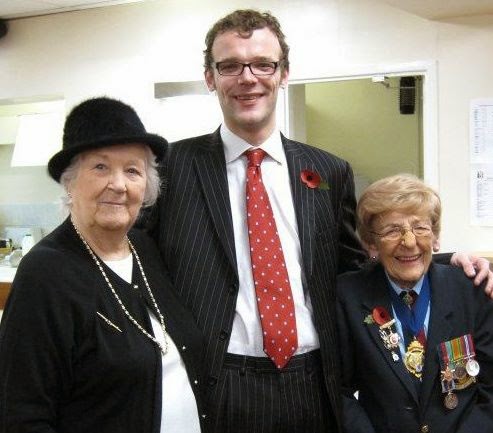 Like many, Margaret served in the war and also suffered huge personal loss. In 1939 she was a 16 year old school girl. By VE Day in 1945 she was a 21 year old widow. She joined up, worked as a plotter in RAF Ops rooms, night after night, rubbing out the identity numbers of aircraft that didn’t return, many of them full of her friends. She married her childhood sweetheart. He too was shot down over Germany early in the war, and who after years as a prisoner of war, was machined gunned from the air while on a death march a few weeks before it ended. You might think that Margaret had done her bit, but that was just the beginning. She has spent the 70 odd years serving the Legion, her comrades and several generations of those served in our Armed Forces after her. Year, after year, she visits hospitals and homes to provide company to the lonely and the sick, and raises funds for the Legion’s work. She regards as her honour and privilege the keeping of a solemn vigil of Remembrance for the fallen.

So what started this slightly odd friendship between an 18 year old student and a local pensioner? I was selling poppies in Headingley and this little old lady came up and thanked me profusely saying it was good to see the young ones taking an interest. Thinking I might like a drink (she clearly had me worked out in seconds), she invited me down to the Legion Club for a gin and tonic. She started telling her story of what she and her friends, then my age, had been through.  It was immediately obvious that the thank you was the wrong way round. My generation owe hers a debt of gratitude far beyond anything they would ever acknowledge or words can adequately express. Margaret is my inspiration for this ride just as she stands testament to the human spirit and the decency of her generation and the bonds of loyalty and affection that tie together all who have served in the British Armed Forces."

To sponsor Will, please visit https://www.justgiving.com/Will-Wearmouth/
Posted by Unknown at 06:26