A Facebook post by Joanne Wadsworth, author of romance novels including Highlander's Captive and Highlander's Magic about what she read as a teenager (Sweet Valley High - I remember those books!) got me thinking and remincing about what I read when I was younger. I remember more about my favourite books from when I was nine and ten rather than my teenage years, when writing took over my life, so we're talking about the late 80s here!

One of my favourite books was The House That Sailed Away by Pat Hutchins. I read it, then read it again, then again.... a story about a boy called Morgan whose house gets swept away in a flood, along with his parents, his cat and his seemingly alcoholic grandmother. Reading it again with my own children (my original copy!) it seems quite dated, and with the expectation from today's children for more and more excitement in books (it's not exactly Harry Potter!) it is quite a serene read. But still, I loved it for what it was at the time - a nice bit of escapism and a gentle adventure. 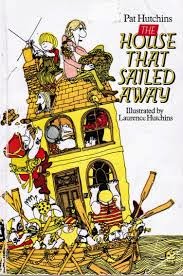 Another was (as was for many of my generation and earlier) the delightful The Magic Faraway Tree by Enid Blyton. I was thrilled to hear my daughter is reading it in school and enthusing about the adventures (amidst the picnics and lashings of ginger beer) of Joe, Bessie and Fanny as they made their way through the labyrinth that was the magical tree. It was a set of books I loved having read to me until I could read them myself, and each new land the children went to would capture my imagination. 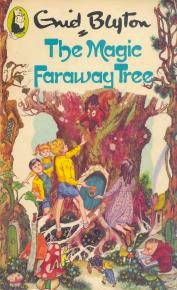 My all-time winners, however, have to be the Roald Dahl books. I read The Witches until my copy practically fell apart; The BFG and Matilda, The Twits (as mentioned below in my Chocolate Challenge) along with Revolting Rhymes and George's Marvellous Medicine. As far as classic children's books go, I suspect they will go on and on as favourites, lasting far beyond Harry Potter in the nation's psyche. There have been many writers who have seemingly been influenced by Dahl's writing, including the very funny Andy Stanton (Mr Gum series), and my children are currently enjoying the David Walliams books (Billionaire Boy, Mr Stink, Gangsta Granny). So not only did Dahl bring joy to kids in the 80s and 90s, his books are living on in their own right and through similar authors. So I thank Roald Dahl for having such influence on my childhood and for expanding my creative horizons.

I could talk forever about my childhood reads, but instead I'll go and suck on an Everlasting Gobstopper while memories of other books from the past creep in...Malory Towers, Anastasia (The Girl Who Thinks For Herself) or even the fantastic Story Teller magazines/tapes anyone??
Posted by Unknown at 06:24